Researchers have been able to elucidate a unique molecular mechanism that allows bacteria to maintain the necessary flow of genetic information from DNA to RNA for life. They thus discovered new possibilities for the development of necessary antimicrobials against serious pathogens, such as tuberculosis agents. The results of the work of scientific teams from the Institute of Microbiology and Biotechnology of the ASCR in cooperation with the French laboratory EMBL were published by the renowned journal Nature Communications. 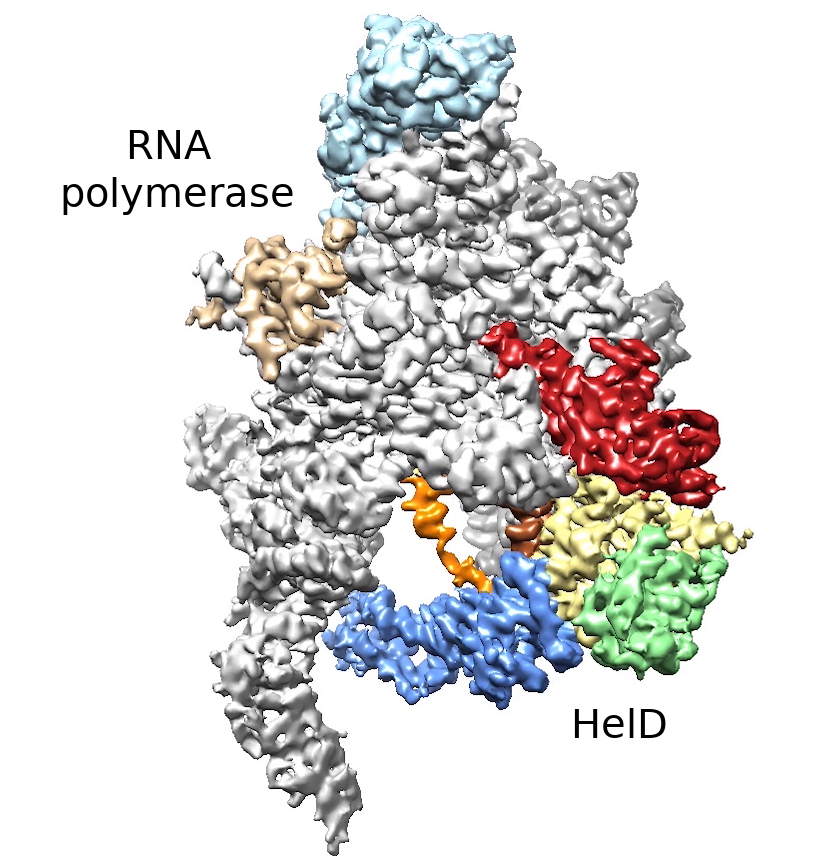 The removal mechanism resembles a boxer in a ring, where HelD knocks DNA out of RNA polymerase with two strokes. HelD and RNA polymerase then remain trapped together – a “nail” from which they must be released in order for the next round of transcription to begin. The Czech team led by Libor Krásný (Institute of Microbiology AS CR), Jan Dohnálek (Institute of Biotechnology AS CR) and Tomáš Kouba (EMBL, Grenobl) discovered this mechanism in mycobacteria – causes of tuberculosis and other serious diseases. 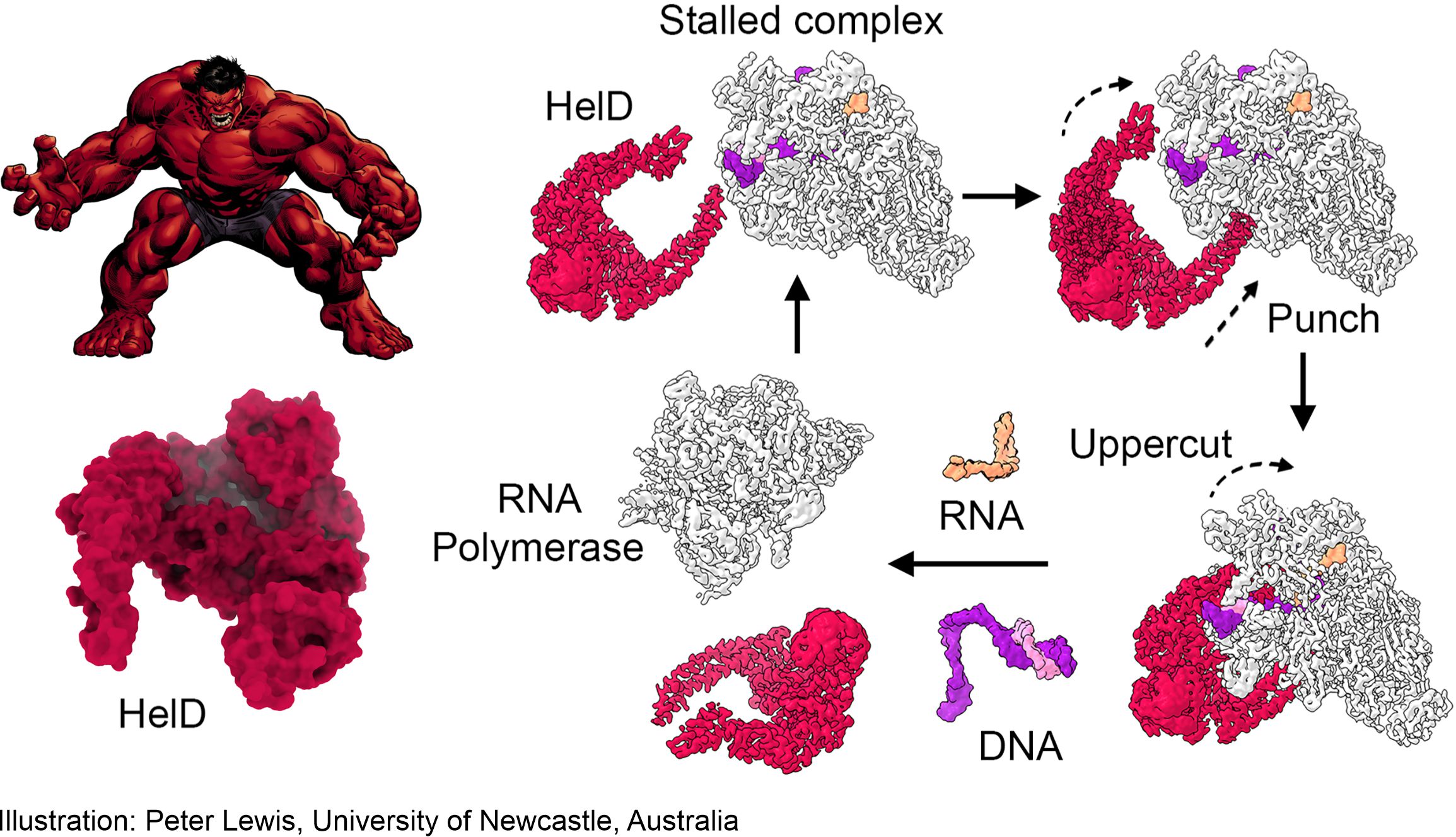 “The binding of the HelD protein to the RNA polymerase complex provides a breathtaking view – it is a molecular ‘grab’ that completely disarms the complex necessary for the existence of pathogenic bacteria,” says Jan Dohnálek. “This opens the way for the inhibition of pathogens using this newly acquired structural and functional information,” adds Libor Krásný. Simultaneously and independently, this mechanism was described in the soil bacterium Bacillus subtilis by a scientific group from Australia led by Dr. Peter Lewis and a consortium of scientists from Germany, the USA and Finland led by Dr. Markus Wahl.

Obr. 1: The complex of HelD protein and RNA polymerase, parts of the HelD protein are shown in red, yellow, green, blue, orange and brown. Illustrations: Tomáš Kouba, EMBL Grenobl, Jan Dohnálek, Institute of Biotechnology
of the Czech Academy of Sciences.