Looking back at the ONYGENALES 2020 workshop

Advances in basic and clinical research of dermatophytes and dimorphic fungi

The ONYGENALES workshop, organized at two-year intervals, was held in Prague from 10 to 11 September 2020 in cooperation with the ISHAM ONYGENALES working group, the Institute of Microbiology of the ASCR and Charles University. The workshop has become a meeting place for researchers, students, physicians, laboratory workers and epidemiologists across the fields of biomedicine who are interested in current developments in the research of dermatophytes, dimorphic and keratinophilic fungi. 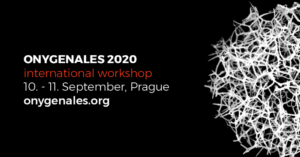 “The ONYGENALES 2020 workshop was an amazing opportunity to discuss advances in research with the wider scientific community,” says Vít Hubka, mycologist and workshop organizer. “We have collected new and updated data on epidemiology from many countries. We have seen that our knowledge of the taxonomy, population genetics, and virulence factors of some important pathogens has shifted significantly since the last meeting. We are also approaching the determination of resistance breakpoints in some important species and more accurate, standardized methods for testing susceptibility to antifungals. However, we still face many challenges, for example in antifungal resistance research and taxonomy, the solution of which will be the basis for future studies, ”adds Hubka.
Source: ONYGENALES


The number of participants in ONYGENALES workshops has been growing since the first meeting in 2016. This time it was more than 100 participants from 33 countries on site and online. Due to the epidemiological situation, which largely prevented the presenters from coming to Prague in person, the speakers were offered the opportunity to present in real time online from around the world, to which the program was adapted. The workshop showed a way to organize similar global scientific events in the future, despite the difficult situation. The hybrid format allowed for discussion between participants on the spot and those who watched the live broadcast, while maintaining a friendly and informal atmosphere. This was also possible thanks to close cooperation with the P2M Consulting agency. 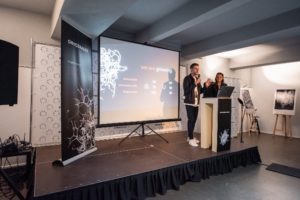 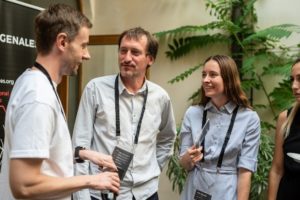 The ISHAM ONYGENALES working group is a worldwide network of experts and students who create a platform for the exchange of views and results of basic and applied research, which significantly speeds up the use of results in practice. 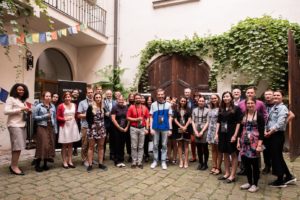 The workshop was supported by the International Society for Human & Animal Mycology; Faculty of Science, Charles University; Institute of Microbiology of the Academy of Sciences of the Czech Republic; Czechoslovak Microbiological Society; Department of Dermatovenerology, 1st Faculty of Medicine, Charles University and General University Hospital in Prague; The Czech Dermatovenerological Society ČLS JEP; and the Society for Medical Microbiology of the Czech Medical Association JEP.

The program also included a unique exhibition of photographs of the microworld of mushrooms by Alena Kubátová and Iveta Kopicová, printed using special technology on metal plates.