Reddish deposits, peeling skin or limited baldness are common signs of infestation by pathogenic fungi of the genus Trichophyton. A significant proportion of these infectious diseases are transmitted to humans from domestic and farm animals. Since the turn of the millennium, clinical mycologists have been particularly concerned about the extreme growth of guinea pig skin infections. Researchers from the Institute of Microbiology of the Academy of Sciences of the Czech Republic and Charles University have clarified the origin of the epidemic, described its cause, including a description of several new species, and provided physicians with tools to identify them. The results were published in the prestigious journal Fungal Diversity.

The pathogen responsible for the epidemic of childhood skin infections in Europe is Trichophyton benhamiae. This species is widely distributed in guinea pig farms. Its capture is complicated by the fact that a significant proportion of infected animals, with the exception of pups and debilitated individuals, are asymptomatic. The asymptomatic guinea pig thus becomes a source of infection for household members who come into contact with guinea pigs, especially children. A human skin infection caused by T. benhamiae always appears clinically and is the reason for a visit to the doctor. There is a relative increase in infections in surgeries every year after Christmas, as a result of the increased interest in buying guinea pigs “under the tree”. Although guinea pig infections were already known in Europe before the outbreak, there were orders of magnitude lower numbers of cases per year. However, the situation has changed significantly in the last 10-15 years and there has been an extreme increase in these infections in Europe. In many European countries, T. benhamiae has thus become the most common cause of inflammation of the skin transmitted from animals to humans. In numbers, he even overtook the fear of infections transmitted from stray cats by all parents. The reason for the epidemic increase in infections has long been unclear, and scientists from an international team led by MUDr. Vít Hubka from the Laboratory of Fungal Genetics and Metabolism of the Institute of Microbiology of the Academy of Sciences of the Czech Republic and the Department of Botany, Faculty of Science, Charles University. 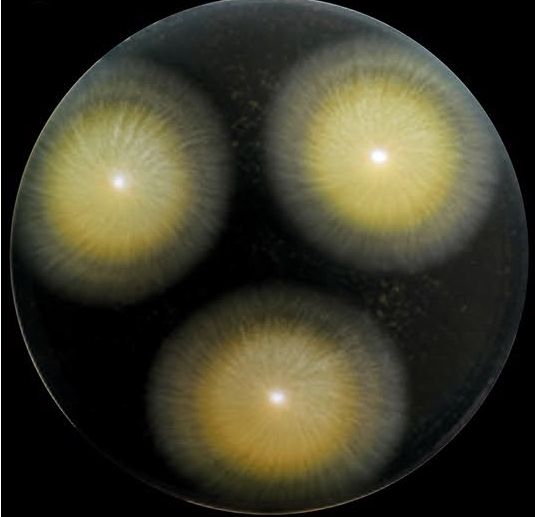 According to researchers, the pathogen consists of three main distinct populations. Two of them are of North American descent, while the third, clonally spreading, is causing an epidemic in Europe. However, the data show that it is also spreading to non-European areas, such as Japan, where the breeding of small rodents is also widespread. In addition, the study found that infections before guinea pigs and other minor hosts before 2000 were caused by completely new species of the genus Trichophyton, which were mistaken for T. benhamiae and which have not been studied in detail. These sister species of T. benhamiae still cause about a fifth of infections in guinea pigs, rabbits and other animals in Europe and are misdiagnosed as T. benhamiae. In Asian countries, where the epidemic caused by T. benhamiae has not yet developed to European proportions, they are the most common pathogens. “Describing a new clinically important fungal pathogen is a rare moment. In this study we managed to describe even three, “said the head of the laboratory Miroslav Kolařík from the Institute of Microbiology of the Czech Academy of Sciences.

“Research into animal-transmitted skin infections is one of the lines of research that follows on from the ten-year epidemiological study mapping dermatomycoses in the Czech Republic, on the solution of which we cooperate with a large number of clinical workplaces. It was this study that made it possible to obtain a large number of strains that served as the basis for studying the genetic diversity of the complex of species related to T. benhamiae. Thanks to cooperation with foreign researchers from European countries, Japan and the USA, we managed to place the obtained results in a global context. We believe that the work will find its readers not only among experts in taxonomy and population genetics, but also among clinics and the general public. The work contains a rich visual documentation of pathogens and clinical symptoms of infection and offers a number of tools for diagnosis and monitoring of infections in practice. One of the longer-term goals of our work is to stimulate interest in dermatomycoses, whose research and diagnosis is unjustly neglected or lags behind compared to other mycoses. We promise that specifically the results of this study could lead to stricter control of animal husbandry, which is a frequent source of infection for humans, the leader of the research group Vít Hubka.

“Although we tried to completely exhaust the topic in the published monograph, there is room for further research. There are still a number of countries where we have only minimal information on the spread of pathogens from the T. benhamiae complex, both in domestic and wild animals. Complementing these data is essential for understanding the development and dynamics of the spread of infections caused by these pathogens. We are also currently working to clarify why the epidemic European population is so successful in spreading among hosts compared to other species and populations in the T. benhamiae complex. Compared to other scientific teams working on this topic, we have the advantage of having a large number of well-characterized strains available. Thanks to this, we managed to find several substances, probably responsible for the high infectivity of this pathogen. In addition to species transmitted to humans from guinea pigs, we are now also focusing on mycoses transmitted from hedgehogs, the popularity of which is growing among breeders. In connection with this, however, the number of infections in humans by the pathogen T. erinacei, which is typical for these animals similarly to T. benhamiae for guinea pigs, is also increasing, ”said the first author of the article, Adéla Čmoková.