There are over 6 million species of fungi in the world

Although there are only tens of thousands of described mushrooms, millions are growing. Researchers from the Institute of Microbiology of the Academy of Sciences of the Czech Republic used the largest existing database of GlobalFungi fungal observations and calculated that there are at least 6,280,000 species on Earth. The results were published in the journal Fungal Diversity. Mushrooms are a significant source of biological material, many of which are used in biotechnology or medicine. 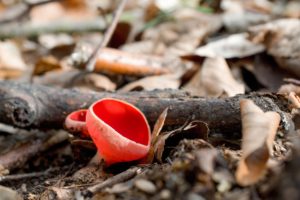 Sarcoscypha austriaca belongs to the sac fungi, the most species-rich group of fungi. Photo: Tereza Vlková

An ordinary mushroom picker knows dozens of mushrooms. In reality, however, it collects only the fruiting bodies, because the fungus itself hides underground, in the fungus. And that’s why only experts know about a large part of the species. Fungi form the second group of organisms with the highest estimated species diversity after insects. Although there are currently only tens of thousands of described fungi, their total number on Earth can be estimated based on knowledge of their biology, such as the number of host plants. Previous estimates of the number of species ranged from 2 to 4 million.

The team of Petr Baldrian from the Institute of Microbiology of the ASCR therefore used the already existing GlobalFungi database (https://globalfungi.com) for their research. Of the estimated number of species, the majority are sac fungi, such as truffles and yeast, as well as stem spores, which include a number of popular fungi forming aboveground fruiting bodies (such as boletus, toadstool or champignon). 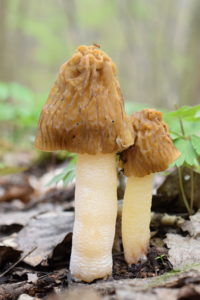 “We counted the species of fungi using a database of more than 27,000 observations from around the world. Depending on how fast new species are growing with the increasing number of described samples, we can estimate how many species are still waiting to be detected. Of the estimated number of more than 6 million species, sequencing methods have so far captured about one million species, “says research leader Petr Baldrian.

Most species of fungi are hidden in soil samples and in plant litter, but a significant number of species are also in samples of plant origin – roots, leaves or rotting wood. Fungi represent a hitherto untapped source of biological material of considerable value, as a large number of species are used in biotechnology or medical applications. As partners, fungi enable the growth of most plant species.