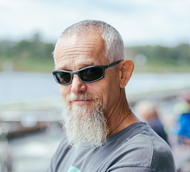 Our main objective is to analyze, model, and simulate on computers regulatory processes in the cell, identify & predict function of RNAs, and provide bioinformatics support for measured data. We develop computerized deterministic and probabilistic models of regulation of gene expression and we use statistics and artificial intelligence for analysis of large scale gene expression data.

We computationally predict new ncRNAs and identify their function using structure similarity to already functionally characterized ncRNAs, employing the fact that function of biological molecules depends on their structure. In collaboration with Lab. of regulation of gene expression and Lab. of RNA biology at IMG of the ASCR we predict function of mRNA, rRNA and snRNAs in eukaryotic gene expression.

The lab is divided into two parts – computational and a wet lab, which in collaboration with the laboratories of Microbial Genetics and Gene Expression and Dr. J. Bobek, (1st Medical fckulty, Charles University, Prague) , prepares most of the data processed in the lab.

For storage of large scale proteomics data we have established (originally with Biozentrum, Univ. Basel) a database and a proteomics server SWICZ. The server hosts the databases for streptomycetes, meningococus and caulobacter species, and is equipped with graphical interface and search engines which allow retrieving relevant information. The databases are linked with other data sources as GeneBank, and KEGG metabolic pathway servers. Laboratory runs two servers for analysis of RNA secondary structures cpPredictor and rPredictor.

We also provide tools for simulation of kinetics of genetic networks, package GenExpi running under Cytoscape environment, as an R package, and at command line.

The lab was a member of the consortium ActinoGEN of the EU 6th framework program.