The scientific work of the laboratory is focused on three topics:

1. Studies on physiology and molecular biology of multicellular yeast communities in the context of colonies and static liquid cultures. Research is focused mainly on i) regulatory and signalling mechanisms participating in differentiation of the communities during their development and aging, ii) on roles of membrane transport proteins, metabolic alterations, stress response systems and regulated dying in adaptation and long-term survival of the community as a whole and iii) on different strategies used by communities of natural and laboratory yeast strains.

2. Study of the effect of different stresses on yeast vitality, ageing, membrane structure and functions under both laboratory and industrial conditions; in particular, exploration of the response and adaptation of cells to stress and development of methods for determining the energy state and ageing of stress-exposed cells. Another major topic is the study of biosynthesis and structure of cell lipids in different microorganisms and their potential practical application. An important spin-off is the use of these data in industry (brewing, production of dietary supplements, biofuels).

3. Study of yeast cell aging and apoptosis as affected by genetic factors, environmental and intracellular (toxins, radiation, reactive oxygen and nitrogen species) stressors. Research into the onset and course of apoptosis in old and young cells, both wild-type and mutants. Examination of the role of mitochondria and respiration in the course of aging and apoptosis. 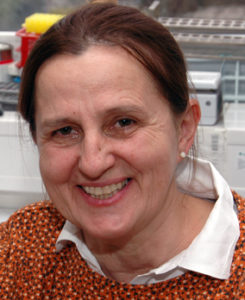